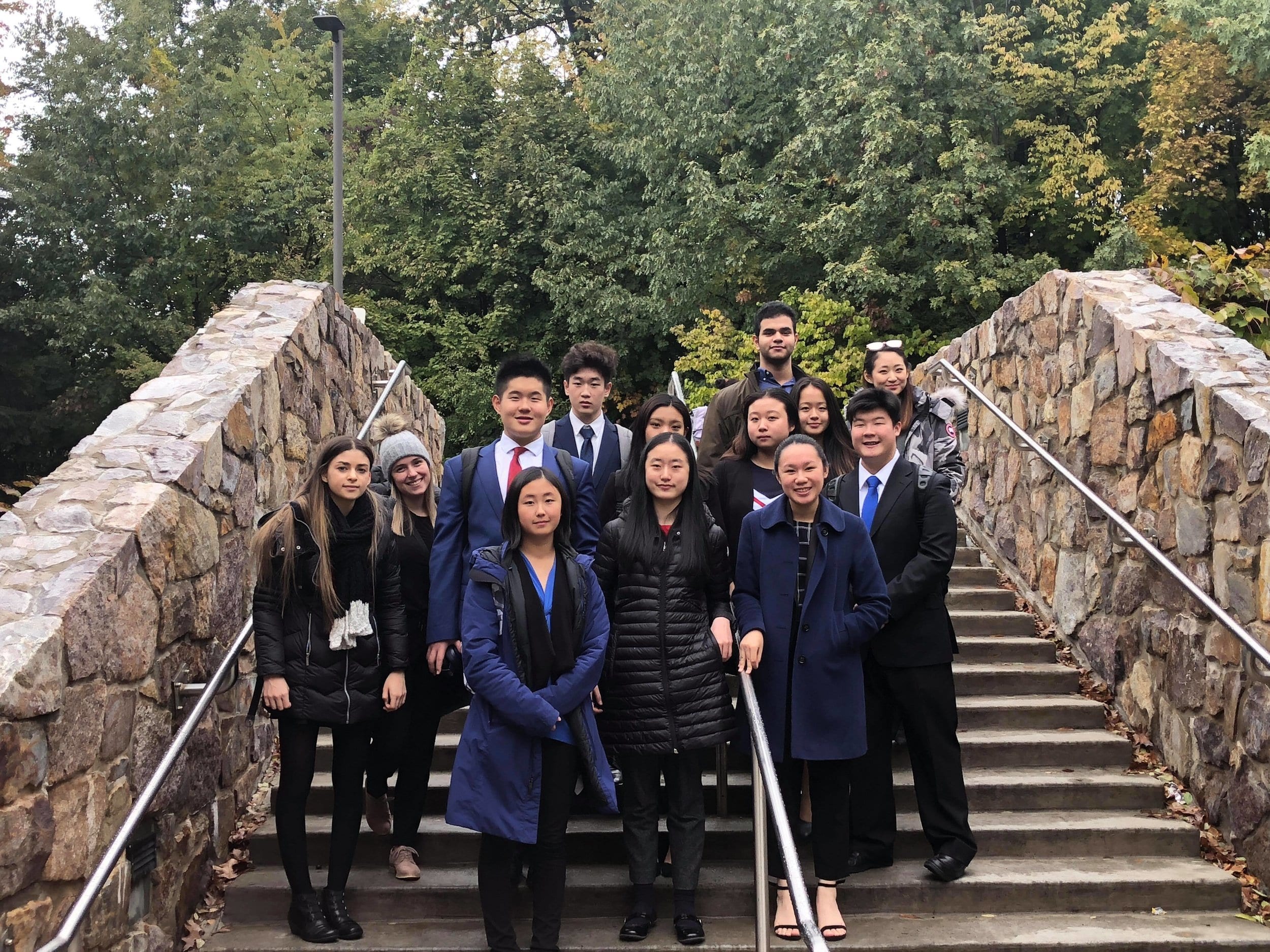 This weekend two FDT teams along with Tonya and Arsalan, traveled to Ithaca, New York to participate in the the Alfred Tuna Snider World Schools Debate Tournament at Cornell University.

We want to congratulate FDT Red for breaking to the Quarter-Final round at the tournament! The team consisted of FDT students Jamin Feng, Jason Guo, Sarah Sheng, Jessica Chen and were joined as well by Naomi Panovka, who is currently on the Canadian National Debating Team. We also want to congratulate FDT Blue who very narrowly missed breaking to the Quarter-Final. Congrats to Kelly Ho, Nora Zhu, Grace Lee, Angela Lu, and Stanford Guo for doing so well!

In terms of speaker awards we want to congratulate Jamin Feng for placing as the 4th place speaker in the entire tournament, Naomi for placing 9th, and Grace for placing 10th.

All in all a great tournament and we hope to be back in the future!