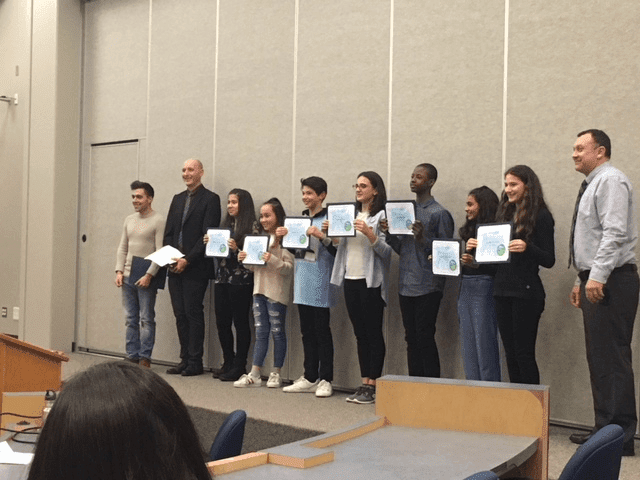 In 2004, I made it to the finals of the Burnaby School District’s Annual Grade 7 public speaking competition. I didn’t win – but placing 2nd – still changed my life. It inspired in me a love of public speaking and sent me on a journey I am still on today as the owner of a speech and debate academy, and also as one of the hosts of the prestigious Miss World competition.

Earlier this year, 14 years after I competed, I was invited to be a guest judge at the Burnaby District Finals. I saw the top 8 students in Burnaby, who had advanced to this final event after having excelled at their school and regional events. After giving a short presentation on how public speaking changed my life, I watched them deliver their speeches.

These kids were eloquent, intelligent, and inspiring. I was overwhelmed with their talent. A huge part of my life mission is to give back to young people in my community and around the world. Before the winner was announced, I decided to make a special announcement of my own.

All 8 Finalists would win $3000 scholarships which would provide them with a full year of speech and debate coaching at FDT Academy! I am so honoured to give them an opportunity that I wasn’t given as a kid to help them one day become world champion speakers and debaters.