We are so proud to announce that FDT’s own Frankie Cena, who is our founder and CEO, has been given one of the highest honours in British Columbia. Just last week Frankie was named as one of the “Top 30 under 30” business leaders in British Columbia by Business Magazine. The honour is well deserved by Frankie who has been coaching debate for over a decade and last month ran an unprecedented Canada wide public speaking competition to raise money for food banks in the midst of the COVID crisis. Moreover, FDT has recently taken a leadership role among educational organizations in the transition to online teaching.

Frankie spoke to BC Business about his love for public speaking:

‘My mom always says that instead of grabbing a hockey stick, I grabbed a microphone’, jokes Frankie Cena, who grew up in Burnaby. In Grade 7, Cena entered a mandatory public speaking competition and wound up snagging second place in the city. From there, he joined his high school’s debate team; when not working on his own skills, he volunteered as a coach.

Head to BC Business website to read the article in full. Congratulations Frankie! 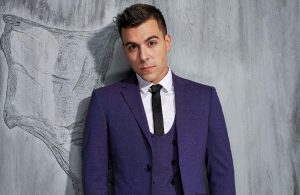