Just earlier this month FDT’s own Michelle Liu and Isabella Park competed at the LSE Juniors 2021 Championship. The tournament was incredibly competitive with some of the top junior debaters in the UK and around the world.

After 4 intense rounds they broke 2nd among 52 teams and advanced to the Gold Final where they won and were named Champion Team! In addition, Isabella placed 3rd as a speaker while Michelle placed 4th.

We are so proud of Michelle and Isabella for this stunning achievement. 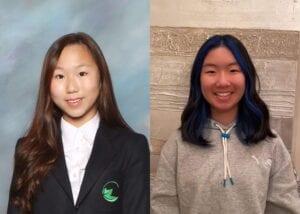