Ashley Phord-Toy, Rosa Rahimi, Saara Meghji, and Angelina Zhang, have made it on to the Canadian National Debate Team after undergoing a rigorous selection process. 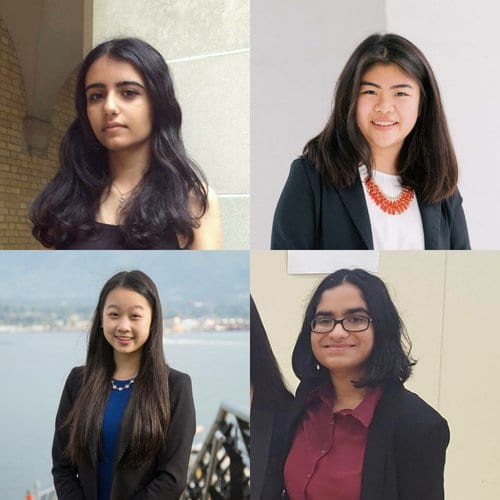 Last year Andrew Yun and Anna Yang, both coached by Frankie Cena, went to Bali, Indonesia for the Worlds Schools Debating Championship. Anna has graduated and moved on to Princeton University while Andrew will join the four students in debating for Team Canada in 2017/2018.