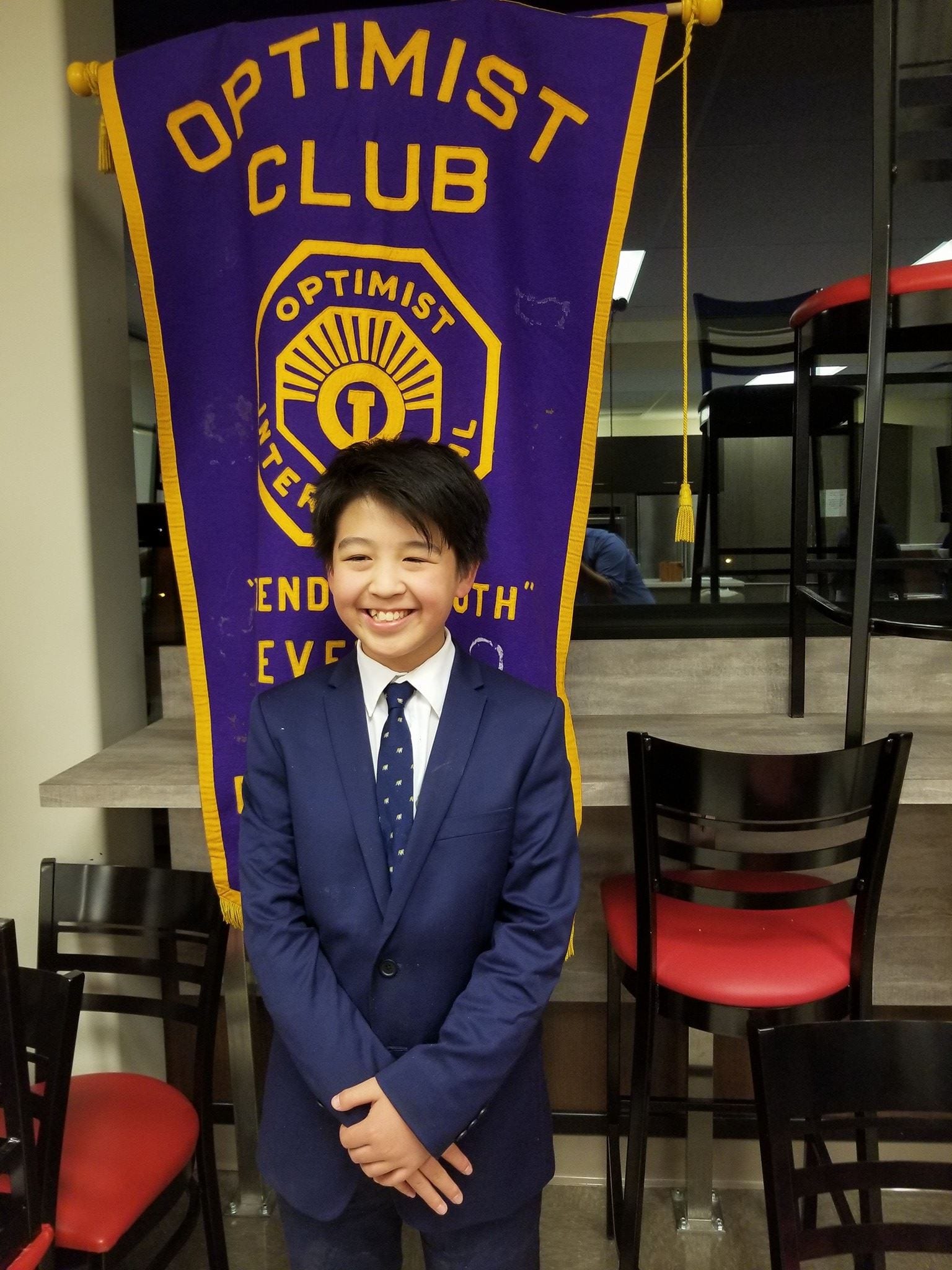 After placing 2nd in the Coquitlam Round of the Optimist Oratorical Competition last Monday, Richard Chen, won the Zone Round of the competition just this Saturday. The competition brought 8 of the best public speakers in the Lower Mainland together for one competition. Richard’s stirring speech won 1st place and now he has qualified to compete in the District Round in Vancouver, Washington on May 12 where he will compete with speakers from BC, Washington, and Oregon. Good luck Richard!