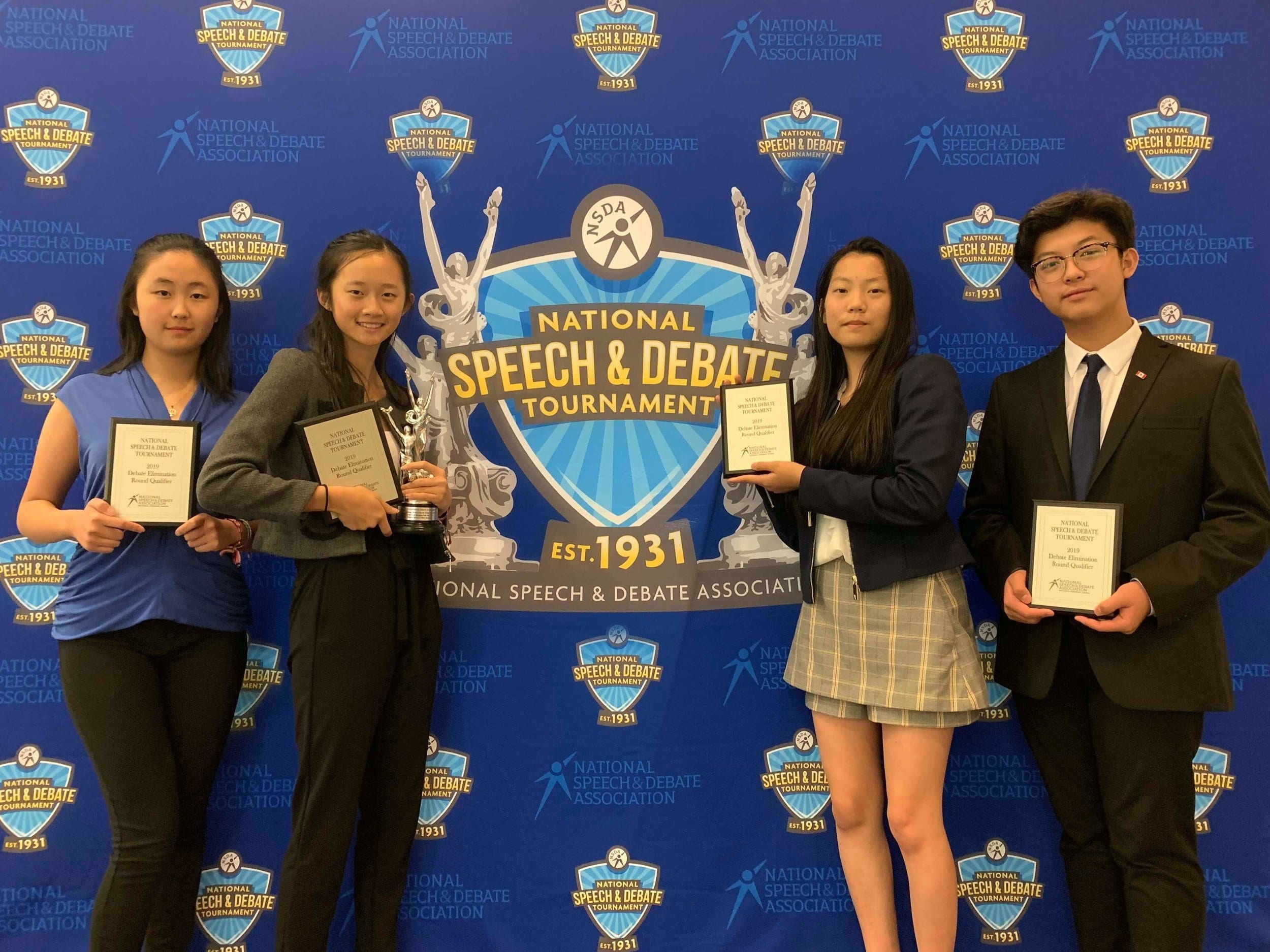 Last week FDT took 16 students to the US National Speech and Debate Championships in Dallas, Texas. It was FDT’s first time ever at the competition, which is one of the largest academic competitions in the world with over 5,000 attendees.

We are so happy to announce that the team of Eric Li, Aurora Zhang, Alice Xu, and Jonathan Chu, made it to the final round of the Middle School World Schools Competition against China, and emerged victorious on a 4-1 split winning the national title! 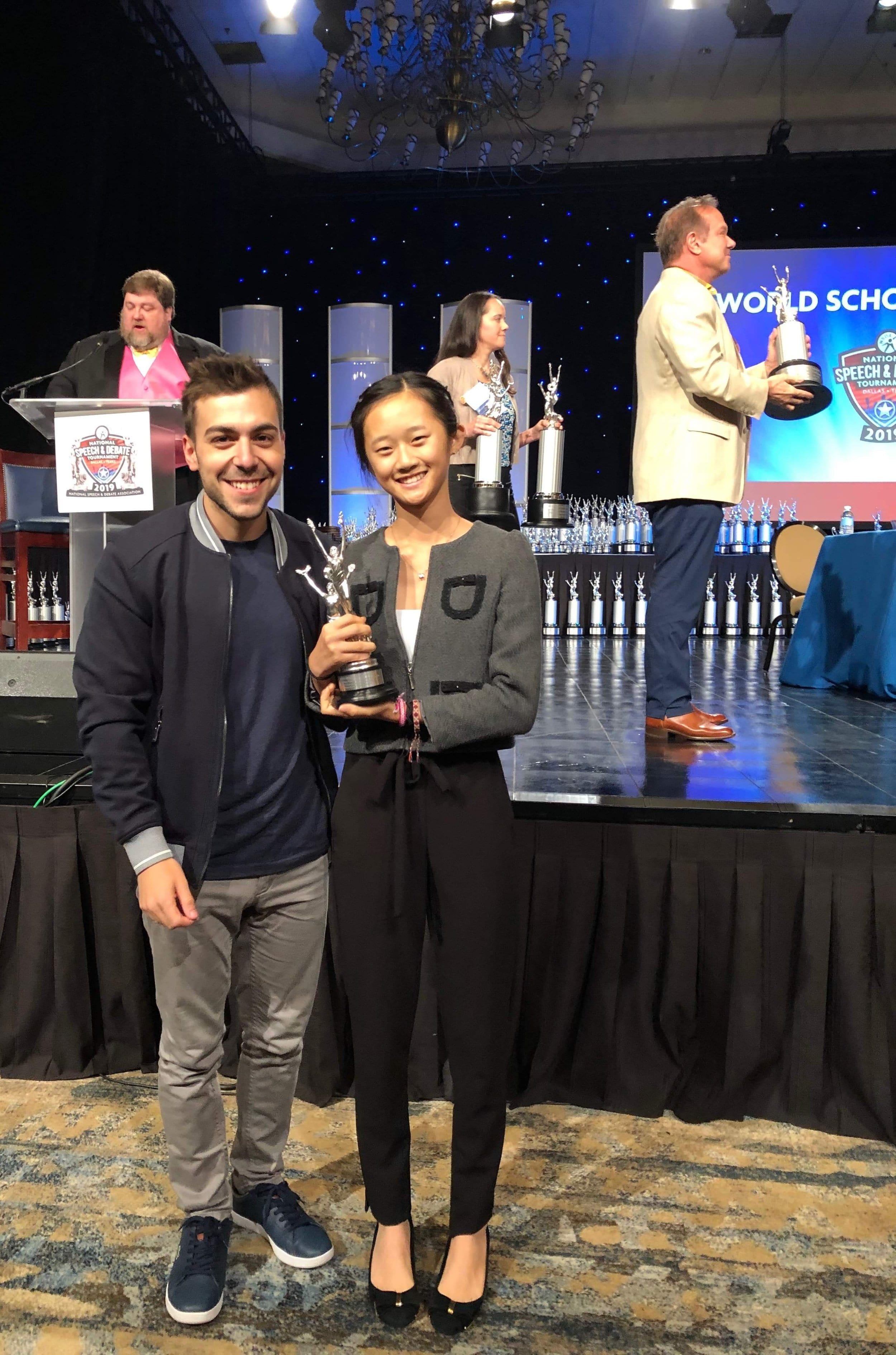 Moreover, we want to congratulate Canada Blue (Koby Chen, Jena Yue, Athens Wu, and Nora Zhu) who broke to the the Triple Octo-finals and eventually made it to the Double Octo-finals, placing in the top 32 teams among the 193 teams competing. Even more impressive is that Jena Yue placed as the 7th best speaker overall among the near 800 speakers that were competing, with Athens Wu and Koby Chen also placing in the top 100 speakers.

Congratulations to all our students for their hard work! 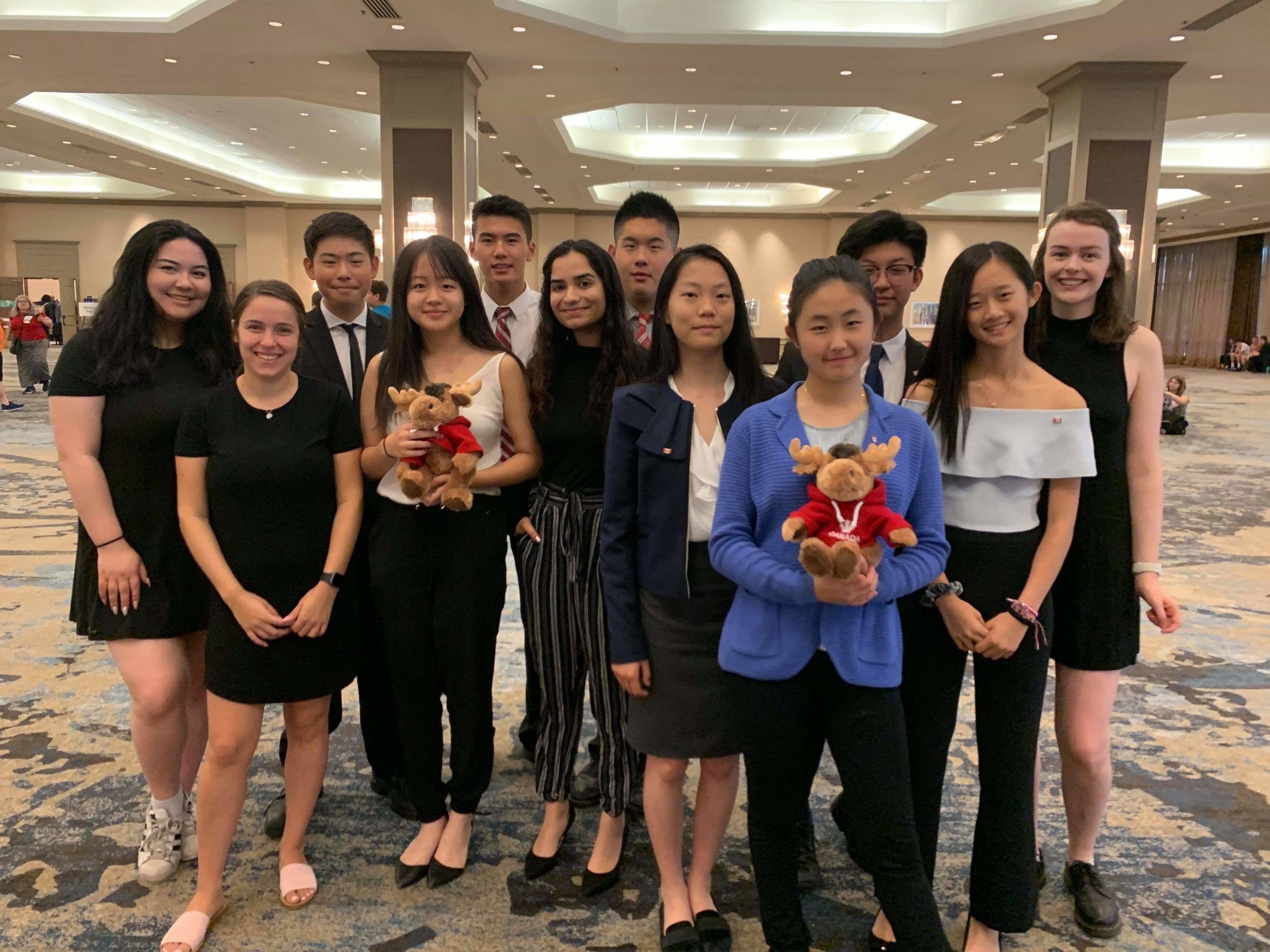