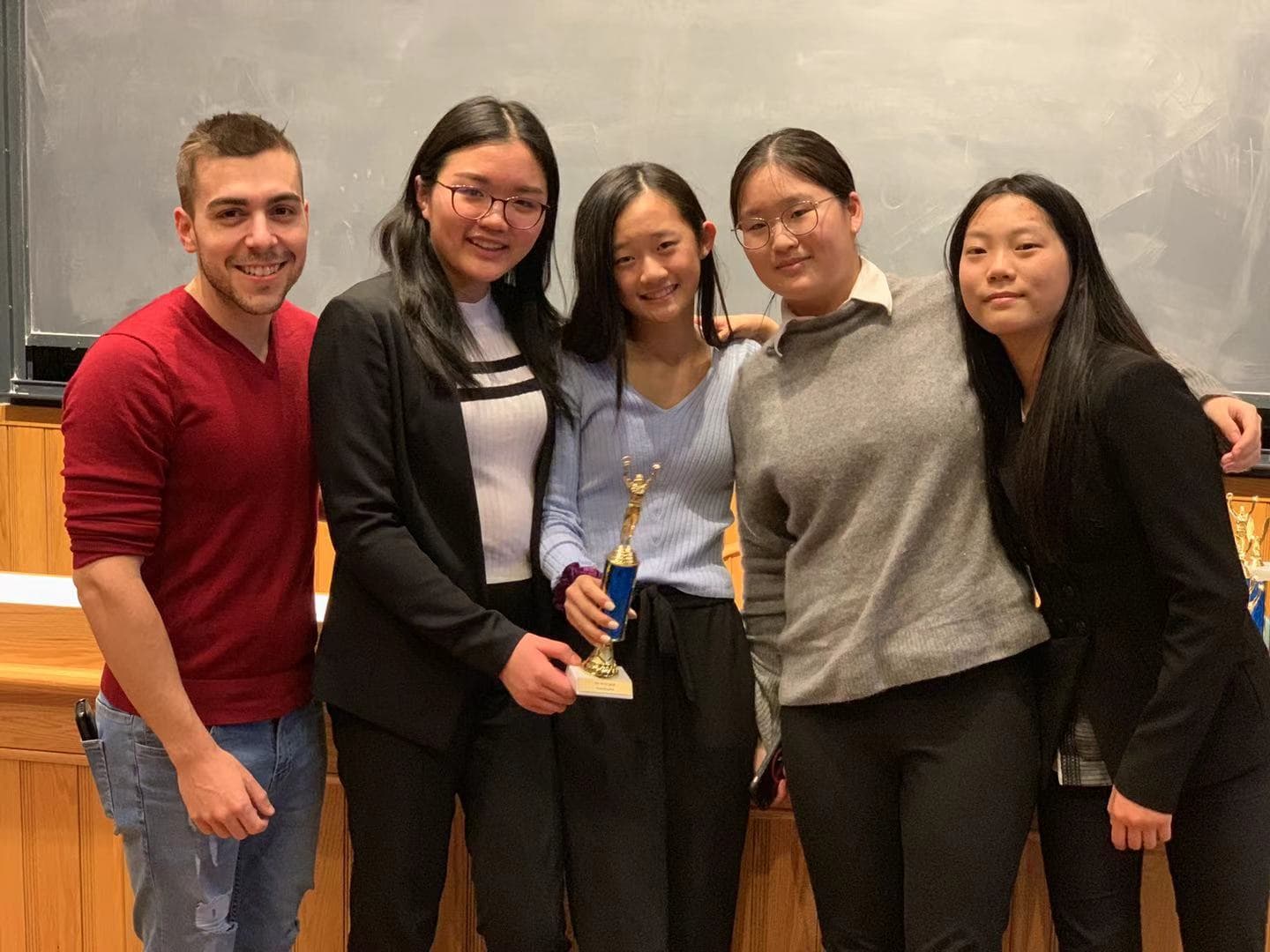 FDT is just finishing up an exciting weekend at one of the world’s most competitive debate tournaments, the Harvard World Schools Invitational. We are so proud to announce that FDT Purple finished 4th overall, in a field of 62 of the world’s best teams including the national teams of many countries. Congratulations to Alice Xu, Aurora Zhang, Jena Yue, and Athens Wu for their hard work in not only breaking to Octo-Finals, but fighting their way to the Semi-Finals where they lost to the Canadian National Team. What’s even more astounding is that these girls are only in Grade 8 and Grade 9!

For speaker awards we want to congratulate Allan Lee for placing as the 7th best speaker overall, Saara and Angelina who tied for 8th place speaker overall, and Aurora Zhang who was named the 5th best novice speaker.

We are so proud of students and their hard work and of course their success wouldn’t be possible without the hard work of their chaperones and coaches. Well done guys!