Several of FDT’s top debaters have done it again competing last weekend at the Eurasian Schools Debate Championship. The Eurasian Schools Championship is run out of Turkey and features skilled teams from around the world. After debating in several rounds, even competing through the night, we are happy to say our students have a fantastic success to show for their efforts.

We are proud of the hard work and achievements of our students! 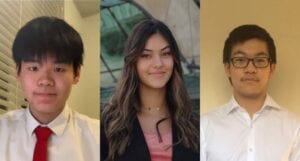