This July, FDT hosted our first ever international worlds style tournament, the Vancouver World Schools Debate Championship. Featuring 72 teams from 26 countries VWSDC was one of the most competitive tournaments of the year. We are so happy to announce some amazing results for our students! 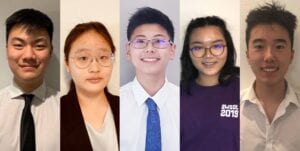 We are so proud of all of our debaters for their effort and talent which reflects in their success as well as all of FDT’s staff for putting in the work to make VWSDC a smashing success!