Last week many of FDT’s top novice debaters as well as many of our seniors competed at the Stanford World Invitational, a prestigious tournament that was hosted online by Stanford University. We are so happy to announce that many teams did extremely well and broke to the elimination rounds.

We want to especially congratulate Ryan Li, Summit Kawakami, Barry Gu, Ekaterina Gofsky, and Xinyi Li who not only broke to the Quarterfinal round but then advanced to the finals where they won and were named the Champion Team in the Novice Division! Moreover, they were undefeated throughout the entire tournament! That’s not all for the fantastic results. Congrats to Amy Ren, Jason Song, Jerry Song, and Matthew Yu for finishing as Quarterfinalists in the Novice Division as well as to Fiona Li, Eric Su, Max Chen, and Sarah Khandoker for finishing as Octofinalists.

Our senior teams also had some excellent results in the Varsity Division. Congratulations to Sean Oh, Annie Lu, Darren Yang, Jonathan Chu, and Alice Xu for reaching the Varsity Finals! Moreover, we want to recognize Jin Zhou whose team reached the Quarterfinals, as well as Diya Perry, Jefferey Guo, Caitlin Mah, David Deng, and Athens Wu for reaching the Octofinals.

Our students did well as individual speakers. Congratulations to Ryan Li who was the Champion Speaker in the Novice Division as well as to Barry Gu for placing 7th, Summit Kawakami for placing 8th, and Amy Ren for placing 9th overall.

This tournament was one of FDT’s greatest successes so far this year and we are so proud of the accomplishments of our students. 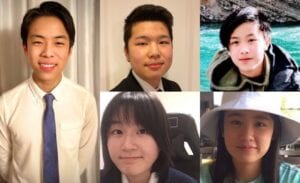