Last weekend an online tournament was held to honour Simon Lono, the founder of the Newfoundland and Labrador Speech and Debate Union, who passed away in May of 2019. Simon was incredibly involved in promoting debate in Canada and coaching disadvantaged students. Teams from across Canada gathered online to compete in a tournament in his honour.

We are proud to announce that Emily Ni and Vivian Gu were named the Champion Team of this incredibly competitive national level tournament. Moreover, Emily Ni placed 2nd overall as a speaker while Vivian Gu placed 3rd. 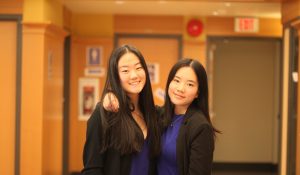