This weekend the Canadian Junior National Public Speaking Competition was held online, featuring some of the best public speakers across Canada competing in multiple different public speaking categories. We are so happy to announce that Eric Li placed as the 5th best speaker overall as well as the Top Speaker from BC while Madeline Kim placed 7th overall! We also want to congratulate Eric Li for placing 1st in the Impromptu Speaking category, Madeline Kim for placing 2nd, Rohan Singh for reaching the Impromptu Speaking finals, Michelle Liu for reaching the Interpretive Reading finals, as well as Amy Ren for placing 2nd overall in After Dinner Speaking.

Congratulations to all of our excellent public speakers at FDT! 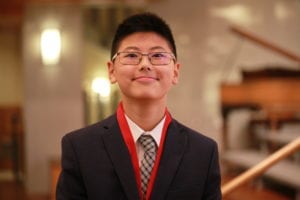