Last week, two FDT teams traveled to the University of Cambridge in the United Kingdom, to compete in the annual prestigious Cambridge Schools Debate Championship which featured teams from both across the UK and from around the world. 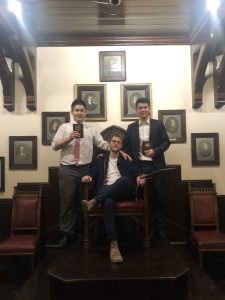