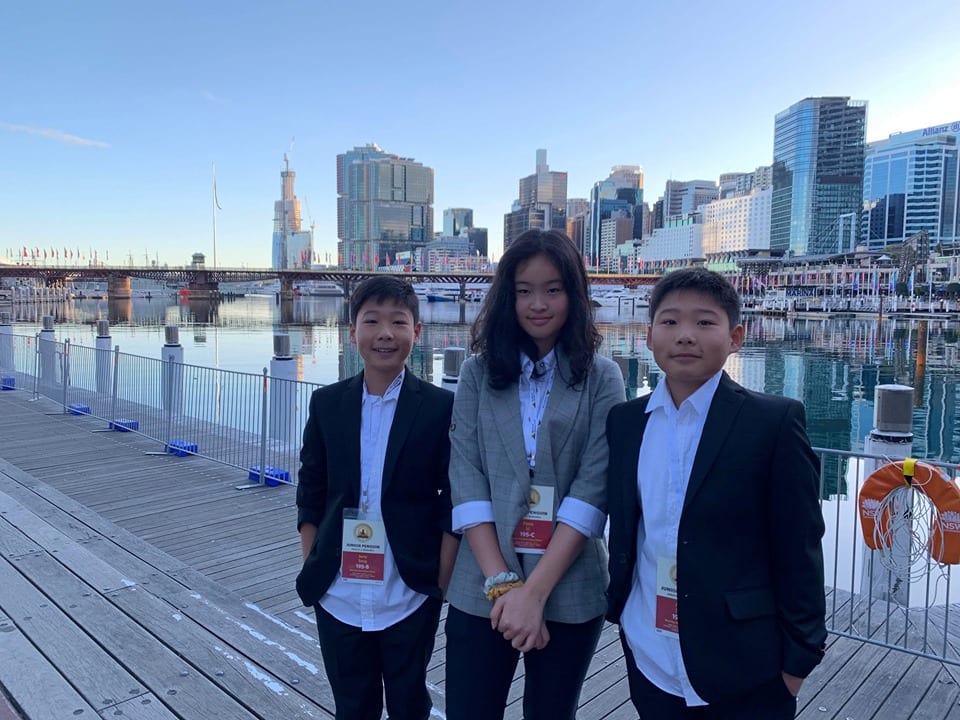 FDT has just finished up the 2nd Global Round of the World Scholar’s up in Sydney, Australia this past week and our Junior Team of Fiona Li, Jerry Song, and Jason Song performed excellently. The World Scholar’s Cup is a challenging and rigorous competition consisting of 4 events in total: Team Debate, Team Writing, Team Bowl, and Team Challenge. The students’ knowledge is tested in 6 pre-chosen subject areas from science to social studies. In Sydney, Jerry, Jason, and Fiona went up against hundreds of the top young students from across the world, which makes their success even more impressive.

Individually our students excelled as well.  We want to congratulate Fiona for winning a Silver Medal in Debate and Jerry and Jason for winning Gold Medals each in Debate as well. Both Jason and Fiona also won Gold Medals in Individual Writing and in the Scholars Challenge each student was recognized for their mastery of one of the 6 subject areas that Scholar’s Cup involves. Fiona won 2 Silver Medals for Literature and Art. Jerry won a Gold Medal for Art. And Jason won 3 Silver Medals and a Gold Medal for art.

Congratulations to all of our exceptional students!