Congratulations to our students and their many successes! 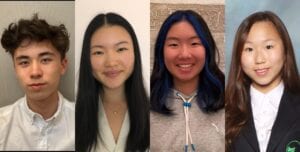