FDT students don’t just excel in debate and public speaking. They have a diverse set of interests ranging from sports to acting and also music.

One of our long-time students Michael Wu has recently taken one of his own interests, dancing, to new heights. Michael, as part of his Vancouver based dance crew GRVMNT have been selected to appear on the hit NBC show World of Dance, whose 4th season premiered last week. World of Dance is a competition reality show featuring star judges like Derek Hough, Ne-Yo, and Jennifer Lopez and the winning team will receive a $1 million grand prize. After a rousing performance in the 1st Qualifier, GRVMNT was selected for a callback audition later this season!

At FDT, our motto is “Find your voice – It matters”. To us that means students building confidence and expressing themselves. We are so glad that students like Michael are able to find their voice and follow their dreams! 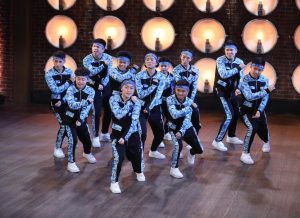