We are so proud to announce that two FDT students, Nikki Wu and Emily Ni not only broke to elimination rounds but made it to the Finals of the 2020 French National Debate Championships which were held online this week. After debating in the final round Nikki and Emily won and were named the Champion Team! There were other excellent results that we would like to mention. We want to congratulate Moira O’Donaghue and Vivian Gu for making it to the Semi-finals as well as Vivian Gu for placing as Top Speaker nationally and Top Speaker from BC.

We are so happy to see our students are successful debating in both English and French! 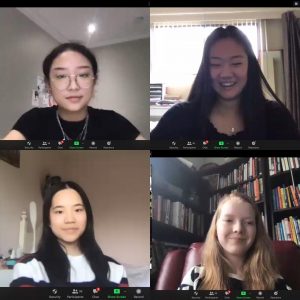