Angela Lu and Sean Oh make it to Team Canada

Continuing in the tradition of so many FDT students before them we are so proud to announce that Angela Lu and Sean Oh, having performed exceptionally at the National Tryouts have been selected to join the Canadian National Debate Team! This means that Angela and Sean will have a chance to represent Canada at many competitions around the world including the World Schools Debate Championships.

We also want to recognize the 3 other students from FDT who tried out for the team this year and managed to hold their own against 30 of the country’s very best debaters. Congratulations to Alice Xu, Jena Yue, and Jonathan Chu for their exceptional achievement. We wish Sean and Angela the best of luck in their future on Team Canada. 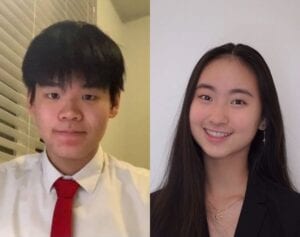