Last week FDT student Amy Ren participated in the Pacific Northwest District Round of the Optimist Oratorical Contest, which brought together bright young students from BC, Idaho, Washington, and Oregon in an online competition. Amy was, in fact, the youngest student participating. We are so happy to announce that Amy was named the winner of the district round, winning a $2,500 scholarship. Amy has also advanced to the World Oratorical Contest that will be based in St. Louis but held online in July of this year where she will compete against the world’s top speakers for a chance to win a $22,500 prize. We wish Amy the best of luck! 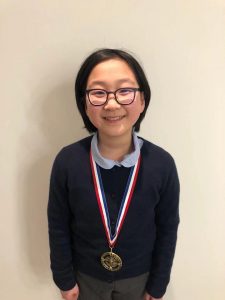