Last week FDT brought a team to the Global Round of the World Scholar’s Cup in The Hague in The Netherlands after this team qualified past the Vancouver Round last April. We are so happy with their results! 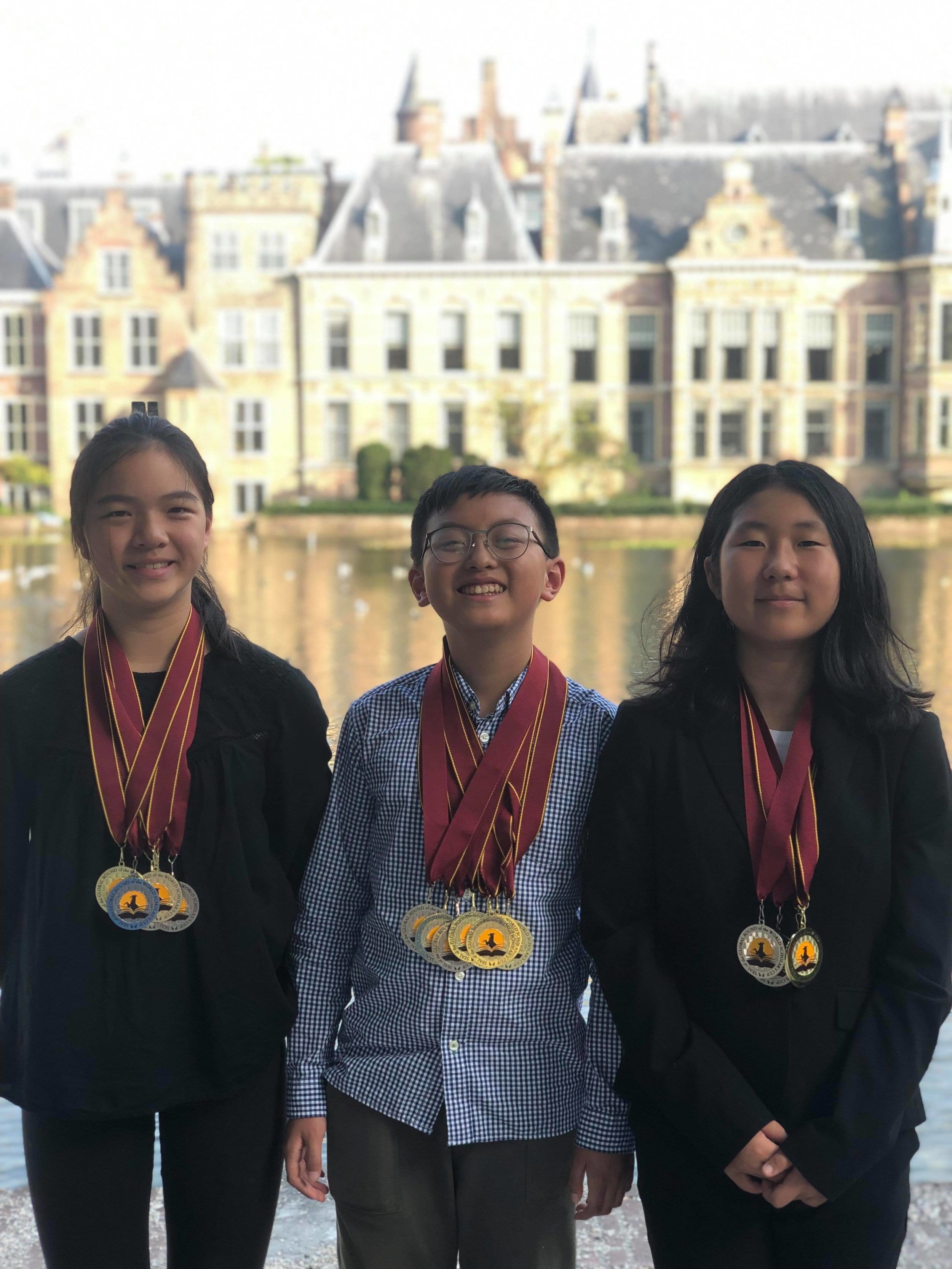 We want to congratulate the team of Grace Wu, Amy Diao, and Jacky Xue, who won a Gold Medal in Scholars Bowl, a Silver Medal in Team Debate, and were the 6th place team from their region! Moreover this team qualified for the Tournament of Champions later this year at Yale University.

Individually all of our young scholars performed excellently. Grace won a Gold Medal in Debate and Collaborative Writing. Jacky won 6 Gold Medals himself, 4 of which recognizing his achievement in the subject areas of Art, Social Studies, History, and Science. Moreover, Amy won 2 Gold Medals and 2 Silver Medals.

We are proud of how much these young students have achieved and we look forward to the next World Scholars Cup!