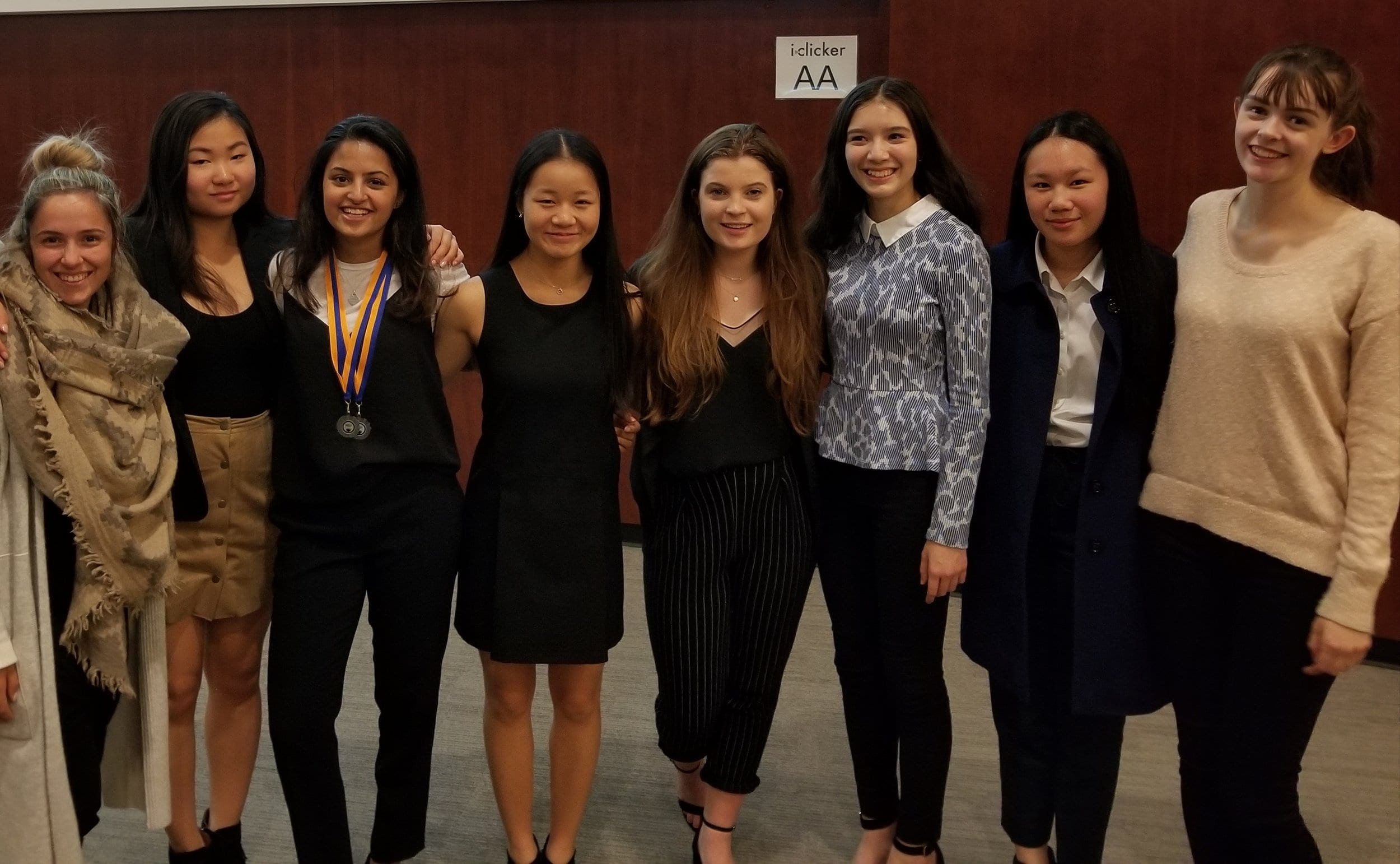 FDT swept the junior category with Jason Guo and Jamin Feng reaching the final. Jamin placing as top speaker and Jason placing 4th. However the team from Crofton House (also coached by Frankie Cena) beat them in the finals with FDT student Vivian Gu and her partner winning the tournament, with Vivian placing as 5th best speaker.

Also notable is Allison Lee who was the 2nd best junior speaker; she and her partner placed 3rd, just missing the final. Other notable placings include Michael Wu (9th best junior), and Nora Zhu and Eric Li who were the 2nd best novice team!

In the senior category Crofton House made the finals, however were beaten out for the top prize. Despite that, Kiran Basra placed 2nd best senior speaker and her partner Maggie MacInnis placed 7th. Also FDT students Allan Lee and Alan Chen broke to semi-finals and in a tough decision unfortunately did not advance.

A huge congratulations to all the students who put in so much hard work this weekend!